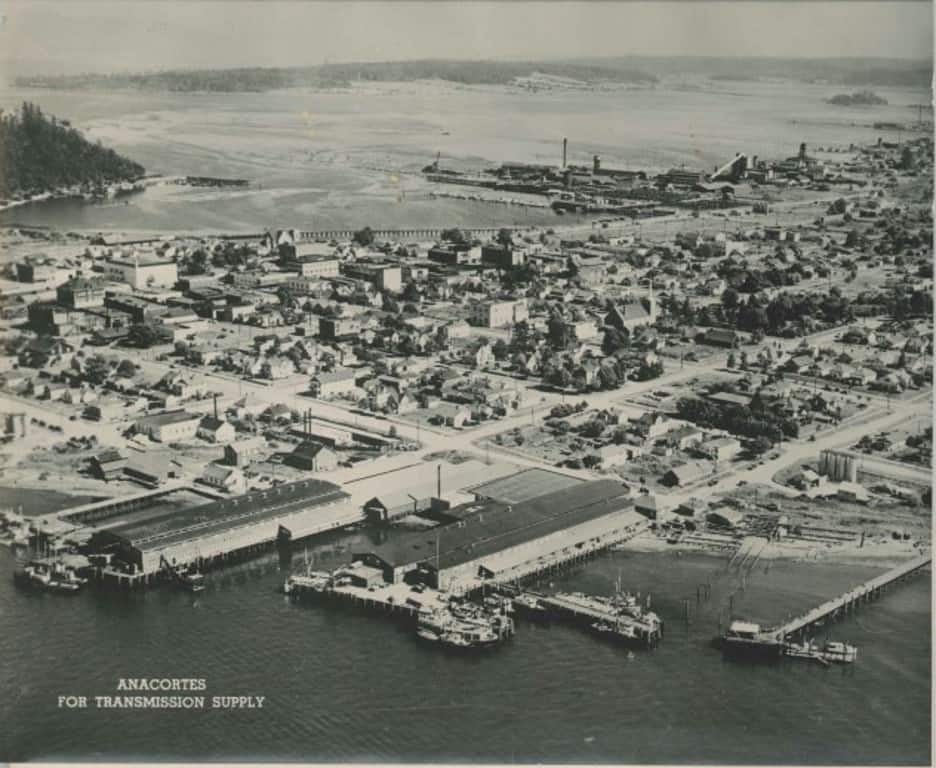 Many of us have traveled to dramatic U.S. landscapes, helping rack up record attendance at our national parks, but did you know that many national park properties aren’t parks at all? The Park Service oversees a wide range of Anacortes’ historical properties of interest—boats, homes, and cultural sites.

Many of us have traveled to dramatic U.S. landscapes, helping rack up record attendance at our national parks, but did you know that many national park properties aren’t parks at all? The Park Service oversees a wide range of Anacortes’ historical properties of interest—boats, homes, and cultural sites.

Cooler fall and winter months are the perfect time to stroll around town in search of these varied characters, pieces of Anacortes’ authentic roots deemed important enough to earn a listing on the National Register of Historic Places. In the Central Business District, you might recognize them by the first of a series of historic plaques being installed by the Anacortes Historic Preservation Board.

In addition to the nationally recognized historic properties described below, Anacortes neighborhoods are filled with numerous historic residences, documented through the House History Program of the Anacortes Historic Preservation Board.

History sleuths will rejoice that historic and history-related murals are front and center around Anacortes this season. While you’re exploring historic properties, keep your eyes open for the cartoon-like plywood cutouts adorning many local buildings. They’re the result of the Anacortes Mural Project, the decades-long work of local artist Bill Mitchell to recapture the city’s past in entertaining murals that adorn many city buildings.

This Carnegie Library building, which opened in 1910, was one of over 2,500 libraries around the world funded by Scottish philanthropist Andrew Carnegie between 1883 and 1929. His foundation provided a $10,000 grant in return for the city pledging $1,000, plus $1,000 per year for maintenance and a librarian. The elevated staircase of most Carnegie libraries symbolized one’s “elevation by learning” (handicapped accessibility notwithstanding). A local quote from the time notes, “Unless a young man goes to the reading room to pass away his spare time, he is almost necessitated to go to a bar for want of acquaintanceship.” After you visit this historic site, we invite you to visit one of our many contemporary watering holes to reflect on your day.

This commercial structure, built around 1900, is the last surviving and best-preserved example of the wood-framed Victorian buildings that once lined Commercial Ave. Sometime after 1925, it was moved one block east of Commercial Ave., the heart of the city’s historic commercial core centered around the waterfront, to accommodate a car dealership. It has served as a grocery store, a tavern, a wine house, apartments, and a boat-building shop, and is now home to Fidalgo Dance Works.

Under the direction of architect Jean LePage, community members built this unique and beautiful downtown park between 1920 and 1926. It’s constructed of thousands of colorful native rocks from Fidalgo and neighboring islands. Now the scene of community events, the park was built to honor distinguished service cross recipient Harry Leon Causland and 13 other local men who perished in World War I.

Work began on this 511-foot steel structure connecting Fidalgo, Pass, and Whidbey islands in 1934 with the assistance of the Civil Conservation Corps, although an original highway report noted: “its utility is open to question.” According to a U.S. Dept. of Interior inventory, the bridge “demonstrates the evolution and progressive refinement of the cantilever truss in the 20th century.” Its distilled, structural simplicity epitomizes the merging of a functional and an aesthetic form in the cantilever truss. 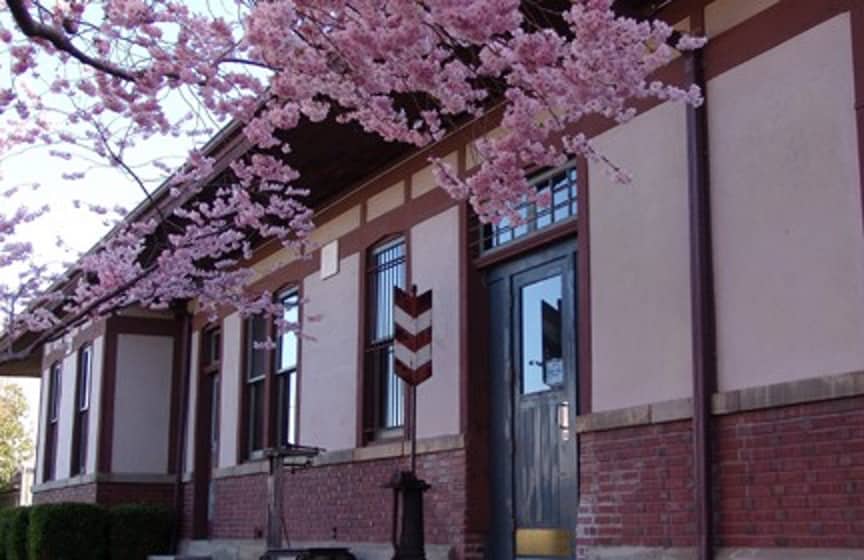 The railroad was key to opening the Pacific Northwest to settlement and commerce. Tracks traversed Fidalgo Island, serving canneries and lumber mills. Passenger travel gave rise to the depot, constructed in 1911. Locals eagerly anticipated the arrival of the six regularly scheduled passenger trains. The restored building showcases the original marble floors, an office, and a spacious baggage room. Today, the building is home to the Anacortes Farmers Market, numerous art exhibits, and public and private events.

Once a four-masted schooner serving the Northwest maritime trade, the 232-foot long La Merced was built in 1917 during World War I. Now beached, filled with sand, and sprouting a small forest, since 1966 it has served as a breakwater for Lovric’s Marina along Guemes Channel. During its working life, La Merced transported petroleum products and was a floating cannery.

This iconic, c. 1900, wood-frame building began life as a saloon and café. By 1907, it housed a shooting gallery, a meat market, and a cigar and fruit shop (certainly an interesting combo). The current Marine Supply & Hardware was established there in 1920 by Mike Demopoulos and continues to be operated by the Demopoulos family. The property was recently purchased by the Port of Anacortes.

This historic steamboat, now ashore as part of the Anacortes Maritime Heritage Center, was the last sternwheeler to work in Puget Sound (1929–81) and one of only two snag boats remaining in the contiguous United States. Her crews removed navigational hazards from the bays and harbors of Puget Sound and surrounding rivers that were essential to Northwest travel and commerce.

This 1890 Romanesque Revival building was constructed of local bricks as a “fine hotel for a promising boom town.” Following the hotel’s closure, the upper floors remained vacant for decades. In 2007, an extensive renovation and earthquake retrofitting were completed, providing refurbished retail space below three floors of apartments. A commissioned artwork on the south exterior brick wall portrays Annie Curtis, the city’s namesake and wife of its founder, Amos Bowman.

Did you know that Olympic National Park on Washington’s Olympic Peninsula is a World Heritage site… right here in our Pacific Northwest corner of the U.S.? So is San Juan Island National Park, where the famous Pig War was fought.