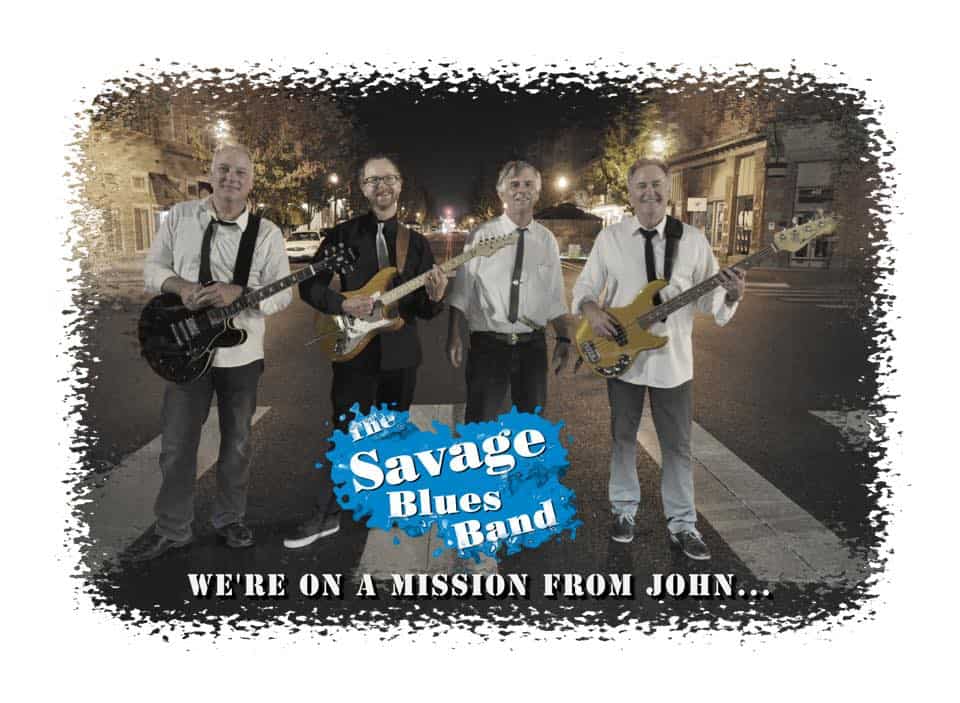 The Savage Blues Band’s roots go back to the garage-band era of the late1960s. Local legend, John Savage, emerged from this period as a lifelong professional musician and music educator, with proficiency on guitar, keyboards, and bass. Around 2006, John connected with several old MVHS pals to form “Johnny & The Moondogs,” a blues band that performed regularly in Oak Harbor and Anacortes. The band expanded its blues firepower when John’s talented son, Tom, joined the group on blues harp and guitar in 2013. In 2018, the band was renamed “Savage Blues Band,” and its popularity continued to grow. Sadly, in December 2019, the group lost its leader and beloved friend/father, John, to cancer. Before he passed, John urged the group to continue showcasing the blues. And so, the Savage Blues Band carries on today, with Tom Savage as its leader…delighting blues fans and all who understand the importance of this genre. “We’re on a mission from John.”