Spring and Summer Dining in Anacortes 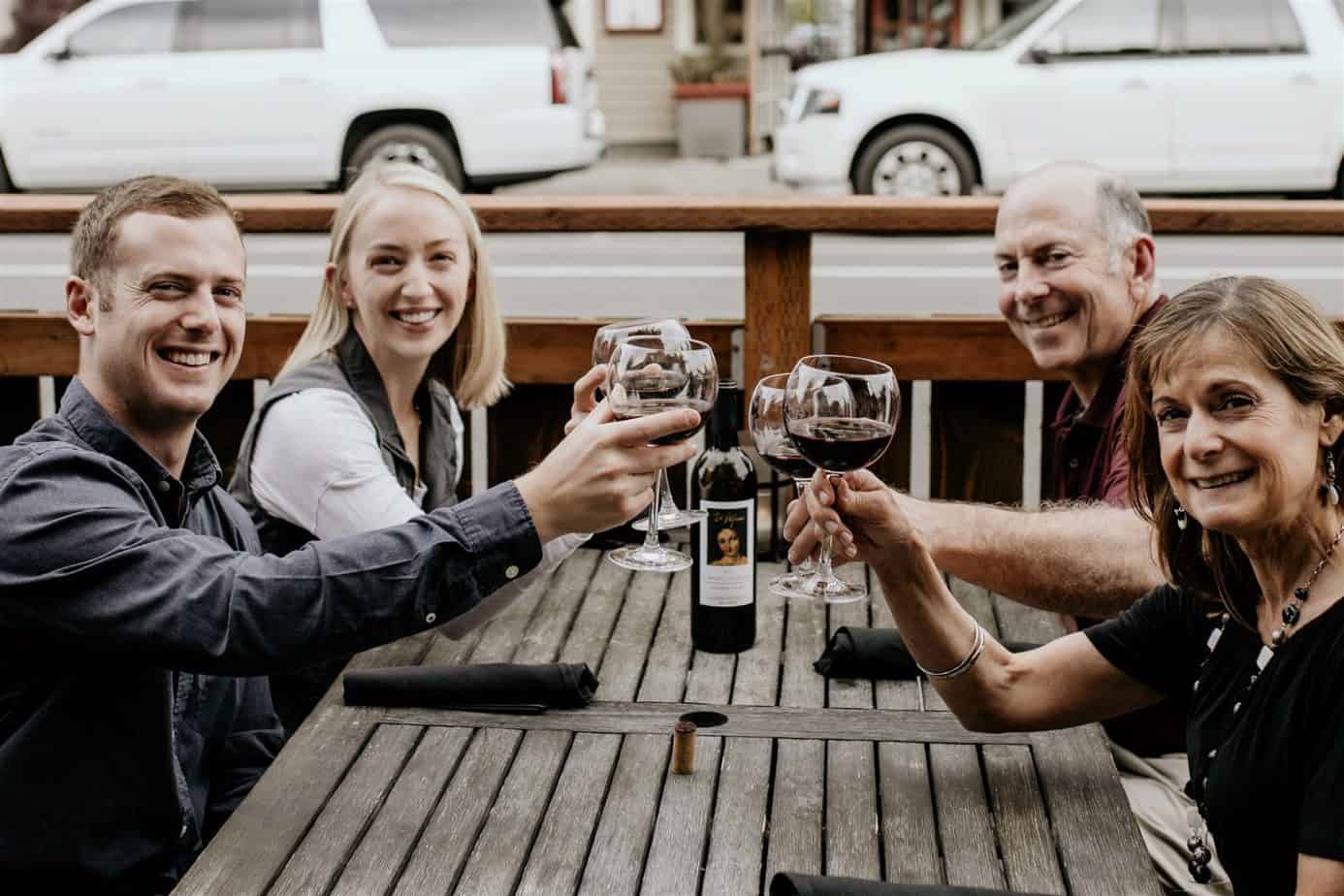 As daylight lengthens and the weather warms, thoughts of spring or summer getaways pop up like sunny daffodils. A tried-and-true destination, especially for those who don’t want to board a plane, is Anacortes. Nothing beats spending a few days exploring the area’s gorgeous parks and beaches, hiking, or taking a kayak tour.

All that activity is bound to build up quite an appetite — which is no problem because Anacortes offers terrific fresh dining options, many of which peak in the spring and summer months. These delectable local finds are available at markets, for those who prefer a night in, but also are incorporated into dishes at many Anacortes restaurants for dining in or takeout. Parklets have been set up to make outdoor dining an even more enjoyable experience.

Here’s what to expect from Anacortes’s spring and summer dining scene.

Timothy Moffitt, owner, and manager of A’Town Bistro says that due to a cold winter, certain produce is peaking later than usual — but it’s just around the corner. Asparagus is one of the foods that’s already peaking at the farms around Mount Vernon. Moffitt suggests using asparagus on toast or a tartine, in soups, and as a side veggie. Rhubarb is also coming in strong, which sets the stage for refreshing desserts. In addition to tarts and pies, it makes great ice cream.

By the end of May, expect to find some seriously amazing salads in Anacortes. Moffitt says that around that time they’ll start using daikon radishes and greens like arugula and bok choy. Both Moffitt and Rick Star, owner of Rockfish Grill and Anacortes Brewery, say that root vegetables grown in Skagit Valley are in season — so definitely be on the lookout for salads that include early root vegetables like baby carrots, beets, and leeks. Then of course there’s fish and seafood. “We’re the start of the San Juan Island chain, so people are generally interested in seafood,” says Star. He recommends salmon, which comes directly from Alaska, as well as halibut. Other local favorites are mussels, clams, and spot prawns. At Rockfish Grill, Star says spot prawns are especially popular and the restaurant sometimes does a “peel and eat” special that’s a favorite among locals and tourists alike.

Moffitt says halibut is starting to show up on restaurant plates, and it comes straight from the fisherman in Alaska — so it doesn’t get much fresher than that. And because it’s always fun to have a dish or an aesthetically appealing drink, it’s worth noting that edible garnishes like cherry blossoms and rosemary flowers are in season and are being used to garnish food and drinks at Anacortes restaurants.

Restaurants remain at minimal indoor capacity and some people just feel more comfortable dining outside for the time being. Anacortes offers an excellent solution: parklets. Star explains that the parklets were purchased by the city to help restaurants that don’t have a lot of outdoor dining space. Each parklet takes up one parking space and is meant to serve as an extension of the restaurant. There are now approximately 11 parklets and gazebos in downtown Anacortes. They all have the same aesthetic, which gives the downtown area a communal feel.

To adapt to more to-go orders and outdoor dining, Moffitt says they’ve invested in better packaging for the food so it tastes just as good at home or when opened outside as it would if you were dining indoors.

Locals are loving the parklets and it sounds like visitors will, too — just don’t forget to bring a sweater or a jacket (or both).

Cooking at your vacation rental

Although many people are eager to return to the restaurant dining scene, you may want to spend a quiet night at your vacation rental home and make a nice dinner. The abundance of locally sourced ingredients at the Anacortes Farmers Market makes that a dining adventure, too. In April the market is open every second Saturday and starting in May it’s open from 9 a.m. to 2 p.m. every Saturday. Moffitt says you can find a wide variety of vegetables, great beef from a cattle farmer in the area, and locally made bread.

It’s good to be back

Restaurant owners are cautiously optimistic about the steps being taken to return to some form of normalcy. “I’m eager to move forward,” says Moffitt. “I’m excited about the new products and fresh local produce; I’m excited to do what we do best in a more normal fashion.”

At Rockfish Grill, Star is excited to bring back the restaurant’s music program, which began 21 years ago and is one of the longest-running in the valley. “We brought music back [in late March] and you could not get a seat in here,” he says. “People waited over an hour to get in and hear live music again. It was fantastic to get such an enthusiastic response.”

Moffitt has witnessed reunions between people who haven’t seen each other in over a year. “I think that’s what people want most — community and the ability to safely socialize,” he says. And what better way to celebrate a reunion with a friend or family member than by catching up over delicious entrees?